What Economic Forecasters Got Right, and Wrong, in 2015

What Economic Forecasters Got Right, and Wrong, in 2015 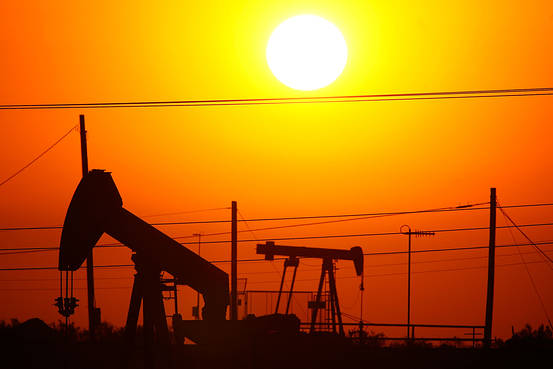 Oil and economic forecasting did not mix well in 2015. David McNew/Getty Images

It’s clear what threw prognosticators and policy makers for the biggest loop with their economic forecasts for 2015: oil.

Crude oil prices stayed unexpectedly low this year and those low prices didn’t prove as beneficial as many had hoped.

A year ago, the price of oil had collapsed but many expected it to gradually rebound. Lower gas prices usually provided a boost to consumers, and higher gas prices certainly hurt consumers, but the boom that many had hoped for failed to materialize. In other words, estimates of oil prices and inflation rates were too high. So, it appears, were estimates of GDP growth (though we won’t have final figures until next month).

To assess the predictions, we looked back at the forecasts made in January’s Wall Street Journal survey of economists. The forecasts are presented here, in approximately the order of worst forecast to best.

None of the forecasters in the survey saw the price of oil being below $40 this month. Throughout the year, economists have continued to forecast that oil prices would regain some of their lost ground and have been continually disappointed.

With higher oil prices, the U.S. inflation rate would certainly be higher. While there’s still a chance for December’s inflation rate to come in higher than November’s, it’s looking likely that economists will have significantly overestimated the amount of inflation in 2015. The Federal Reserve, it’s worth noting, also expected inflation to bounce back more sharply. In December 2014, Fed officials forecast an inflation rate of between 1% and 1.6%. (Fed officials forecast a separate index, known as the personal consumption expenditures price index, but it was also at 0.4% in November.)

Most forecasters expected the Federal Reserve to be further along the path of raising interest rates by now. Of course, that’s largely because of the Fed’s own signals. In December 2014, the Federal Open Market Committee was planning for higher rates by now. The median Fed official forecast the rate would be at 1.125% at the end of 2015 (consistent with a range of 1% to 1.25%). So forecasters did a better job forecasting Fed policy than the Fed itself. But they didn’t go far enough in doubting the Fed’s stated plans. One key reason the Fed held off raising rates: Inflation stayed so low.

The first look at data for the fourth quarter of 2015 won’t be published until January, but it appears likely that forecasters were too optimistic. Comparing the third quarter of 2015 to the same period in 2014, the economy only grew 2.1%. Once again, it’s possible to identify oil as the culprit for a forecasting miss. Many had thought low oil prices would give consumers a significant lift, but whatever lift people got from low oil doesn’t appear sufficient to power the economy to 3% growth.

It’s becoming something of a cliche to view economists as generally too optimistic, and the reputation is partially fair because few expected the recovery from the recession and global financial crisis of 2007 to 2009 to take this long. But when it came to home prices in 2015, it appears economists weren’t nearly optimistic enough. They projected home prices would climb about 4.1% this year, but as of October, the home price index was 6.1% higher than a year ago.

Forecasts for the labor market appear to have done pretty well. Expectations that the unemployment rate would continue its decline proved correct. The unemployment rate could still tick down, or up, slightly when the final December figure is released next week, but it appears economists did fairly well on this one.

Economists appear to have been very close with their forecasts that the economy would continue to add somewhat over 200,000 jobs a month.

It also looks like economists were right to expect some acceleration in wage growth. December figures will be released along with the next monthly jobs report. Wage growth was running at 2.3% in November and 2.5% in October. Slightly stronger wage growth in December and this forecast could be right on the nose.


Recession (Odds of recession starting in 2015)

The odds of a new recession starting in 2015 were deemed to be very low, and it looks like economists got that right. The National Bureau of Economic Research determines, with quite a lag, when the U.S. enters recession. For example, the last recession officially began on December 2007, but the NBER waited until December 2008 to announce that determination. The NBER generally waits until the most important data has all been produced and gone through some revisions so that it can be confident in its calls. It’s always possible today’s data will be revised to show the economy was much worse than it looked initially. But the ongoing strength in the labor market and expansion of GDP make it pretty unlikely that any point in 2015 will be considered the start of a recession.